Finding a replacement window just because there’s a problem with the hardware is far-stretched. Then again, keeping the old window when it brings all the noise and drafts inside, and hardly – if at all, protects is not wise either.

There’s often a thin line between fixing and replacing windows, especially if they are not old or the problem is not major. Other times, the problem screams for attention and is so severe that finding a window replacement contractor ASAY is a must.

If you think about it, the decision to replace or repair windows is not very hard, after all. No matter where you live, no matter the security concerns in your area, no matter the style of your home, your decision is shaped by the condition of the window.

Look at it this way. The windows must resist the elements and force attempts, block the noises, keep the drafts outside, be beautiful. When they cease to do so and the problem cannot be fixed effectively or the window repair cost is too high, finding a replacement is a one-way path.

The times window repair will do 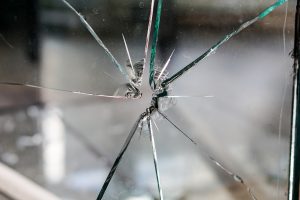 •   If the old paint is peeling, you don’t need to replace the window. You need to repaint it.

•   Debris builds-up around the hardware, reducing the window’s functionality. But most of these problems can be fixed. Hardware can be cleaned and lubricated. In some cases, you need to replace the hardware – not the entire window.

•   Voids, holes, and cracks are common problems with the window frame but most of the times, they are fixable.

•   If the glass breaks but the frame and the seals are fine, you just replace the glass – not the window.

Simply put, home window repair will do the trick if there’s no substantial damage that may compromise the window’s performance. A simple example? A few cracks on the window frame can be fixed, but if the frame is rotten, the glass won’t sit well. The indoor insulation will be compromised. Your home’s security will be at stake. On such occasions, there’s no doubt that you need to replace the window.

The times finding a replacement window is a must 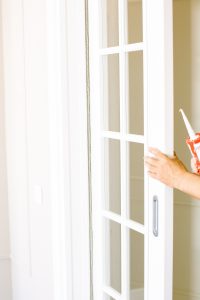 •   When you spend an hour to open one window and have tried all methods of repair – lubrication, sanding, replacing the hardware, it’s a sign you need to find a replacement. This is a common problem, mainly with old and wooden windows, due to the material’s tendency to warp, expand & contract, leading – eventually, to some deformation.

•   Old windows utilize latches. Window locks can become damaged, like any other lock. To make a long story short, if the window doesn’t lock – at least, not well, and is already old and quite damaged, it’s best to get a new one. Obviously, if the problem is limited to the lock, you can simply change the lock.

•   Severe window frame damage is a telltale sign that the structural integrity is compromised. Frames are weathered and may rot, warp, and become severely damaged, making your home vulnerable and taking a toll on its appeal.

•   One of the most common reasons for replacing windows is condensation between glass. That’s a sign of damaged components, like the seals. It’s a problem, which will make the window’s appearance bad and diminish its capacity to insulate. In such cases, not only you miss the energy efficiency expected but also pay high bills due to energy loss.

•   Leaky windows should be replaced. If water finds its way into your home, there’s likely significant damage. Sometimes, caulking windows and fixing some holes may take care of the problem. But overall, such problems are clear indications it’s time to get new windows. Besides, water leaks and increased condensation are not only signs of serious problems but also create trouble. A simple example? Mold growth. Also, rotting. Don’t you want to prevent all that?

Have Any Question ? Call Us Right Now at: